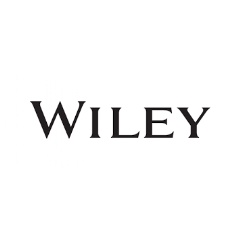 Between fiery exchanges and partisan monologues, the director of the Centers for Disease Control and Prevention, Dr. Robert Redfield, testified on Capitol Hill on Friday that he wasn’t told until after a decision was made that hospitals would be directed to bypass his agency, sending COVID-19 data straight to another database in Washington.

Redfield answered a string of questions on the subject from Rep. Maxine Waters (D-CA), saying he never discussed the decision with Vice President Mike Pence or Health and Human Services Secretary Alex Azar—but that he believes the plan will help allocate critical experimental COVID-19 drugs like Remdisivir to the hospitals who need it.

Though the Trump administration told hospitals the new online system would be an improvement over the old platfo...

Zimbabwe’s President Mnangagwa is cleaning up the legacy of his predecessor Mugabe: The state is compensating white farmers who were evicted during the great land reform of the 2000s. But many problems remain unsolved.

White farmers, who were evicted from their land almost 20 years ago under the Zimbabwean government’s land reform program, are set to benefit from a landmark deal: On average, each of the 3,500 people who applied for compensation will receive almost $1 million (€840,000).

The Commercial Farmers’ Union (CFU) and government representatives agreed to the $3.5 billion deal following lengthy negotiations. Half of this sum is expected to be distributed within one year, while the remaining payments will be spread over the following five years.

Earl W. Fee is the definition of a late bloomer success story, breaking 60 world records in master’s running and hurdling all after the age of 57. The 91-year-old shares his secrets to perseverance, anti-aging and running methods in his autobiography “Earl Fee is Running.”

In the book, Fee details his life’s adventures spanning the years between 1929 to 2018. Highlights include his incredibly effective running workouts and his experiences at 17 World Masters Championships. He also shares some of his inspiring poetry as well as fascinating descriptions of his friendships with five legendary athletes. According to Fee: “Perseverance pays off. My success came late in life. So never give up.” That is a motivational theme running throughout the book.

“Earl is such an inspiring gu...

Over the last 24 hours, the Trump family has engaged a new tone. Yes, the presidential pivot you’ve been longing for has finally happened. And not a moment too soon. As American deaths hover around 151,000, the president of the United States has finally embraced his conspiracy theory-loving Boomer self and gone full coronavirus misinformation-spreader, a drama that culminated in the president’s large adult son having some features on his Twitter account locked.

Of course, Junior’s spokesman tweeted a provocative explanation for this expulsion: “Big Tech is the biggest threat to free expression in America today & they’re continuing to engage in open election interference—full stop.”

But that’s not actually what happened...

Russia says alleged mercenaries are ‘in no way connected’ with Belarus

The Russians detained near Minsk were heading to Istanbul and have nothing to do with the elections in Belarus, Russian authorities said. Belarus claims they are mercenaries sent in to destabilize the country.

Moscow has no plans to interfere in the election campaign in Belarus, Kremlin spokesman Dmitry Peskov said on Friday, following an arrest of what Belarus claims to be a group of Russian militants near Minsk.

“We can now say with a high degree of certainty that these Russian nationals were in transit in Belarus,” Peskov said, adding that they “had tickets for Istanbul” and were then to continue their journey to an unspecified country.

He described them as members of a private security company.

“Their stay [in Belarus] was in no way connected with Belarus or the goings-on in Belarus,... 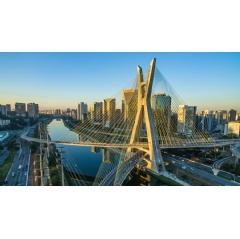 The Global Business Initiative on Human Rights (GBI) and the World Business Council for Sustainable Development (WBCSD) recently convened an online workshop series in collaboration with BCSD Brazil (CEBDS) to support companies in Brazil with the business and human rights challenges they are facing.

Human rights have become an increasingly prominent topic for corporate responsibility professionals in Brazil, and we perceived a real need and enthusiasm for discussions that go beyond the ‘why’ and focus on the ‘how’...

Here’s Why an ‘October Surprise’ Vaccine Won’t Save Trump

As news has dribbled out recently that a coronavirus vaccine might hit the market as early as October, lots of Democrats and liberals have reacted with some combination of suspicion and panic that Donald Trump is somehow rigging the trial process to rush out a vaccine to help him win the election. The White House has dubbed the vaccine effort Operation Warp Speed, after all. Democratic Rep. Raja Krishnamoorthi of Illinois told The Daily Beast’s Sam Brodey: “I would not put it past this administration and this president to advance his personal political agenda ahead of our national interest.”

Panic is an understandable reaction. If a U.S...

Coronavirus in India: Is public negligence causing surge in cases? As India eases restrictions, it seems some people have forgotten there ever was a pandemic. Weddings and leisure activities are almost back in full-swing, while religious centers are turning into potential hotspots.

When India began a nationwide lockdown in March, the reality of coronavirus had just begun to sink in. As the lockdown continued people across India looked into a void of uncertainty.

In the two months that followed, New Delhi’s once bustling streets were deserted, businesses closed their doors, and a general atmosphere of fear took hold of the nation as everyday life was changed.

Before the lockdown, 28-year-old Arif [name changed] and his friends would play soccer every week... 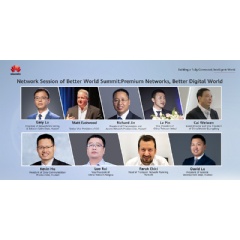