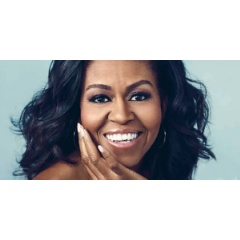 BECOMING, a Netflix original documentary centered on Michelle Obama’s eponymous memoir, has received four Emmy nominations. Produced in association with Barack and Michelle Obama’s Higher Ground Productions, this film directed by Nadia Hallgren, presents an up-close look at Mrs. Obama’s worldwide tour in support of the publication of her book. Nominations for the 72nd annual Emmy Awards were announced yesterday and BECOMING is nominated in these categories:

Debuting on Netflix on May 6, 2020, the BECOMING documentary received international critical acclaim, and is one of Netflix’s most-watched programs in the streamer’s history.