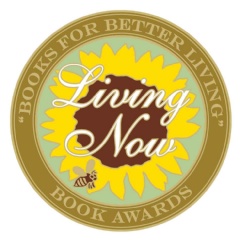 “The Worst First Day: Bullied While Desegregating Central High,” the autobiography of civil rights icon Elizabeth Eckford of the Little Rock Nine, won the 2020 Living Now Book Award “Spirit” award. The Living Now Book Awards, sponsored by the Jenkins Group, recognize books that can help readers improve the quality of their lives. The Spirit award is one of the top three overall judge’s choice gold awards. Top selections were chosen, according to the website “…as exceptional stand-outs from the rest of the medalists.”

“The Worst First Day” was selected for the prestigious Spirit award due to its bravery and commitment to justice in sharing a critical period of civil rights history from Eckford’s perspective as a high school student. As fall returns students back to school, the book catapults readers to 1957 when Eckford was the first member of the Little Rock Nine to arrive at Central High school to desegregate. She was blocked from entering the school by an incensed crowd of segregationists and armed members of the Arkansas National Guard deployed by Governor Orval Faubus.

One of the most iconic images of the twentieth century was captured September 4, 1957 by award-winning photographer Will Counts as Eckford attempted to escape the abusive crowd, making Eckford the world’s most recognized teen. Millions empathized with her attack because it clearly showed the ugly face of discrimination. On September 25, 1957, the Little Rock Nine entered Central High under the protection of the 101st Airborne deployed by President Eisenhower. Many thought the issue was resolved, but nothing could be further from the truth.

During the year spent at Central High, Eckford endured daily physical, mental and emotional attacks from fellow classmates, usually in classrooms where military escorts were prohibited. The fact that she remained focused on the goal of school desegregation and remained at school despite the abuse she endured sends a message to students being bullied in today’s schools. She encourages students to remain focused on their goal of obtaining a good education by being resilient and tenacious. Eckford was motivated to write her autobiography 60 years after being a student due to the rising number of students who report being harassed and bullied at school, some resulting in suicide. Eckford wanted to help in any way she could.

The Spirit Award announcement comes at a key time for “The Worst First Day.” September represents National Suicide Prevention Month and October is National Bullying Prevention Month. The authors hope the book will become an asset to battle student suicide and bullying. Eckford strives to empower readers to follow her lead and #WalkPastHate when dealing with bullies.

The book was written by Eckford with coauthors Dr. Eurydice and Grace Stanley, a mother-daughter team in Pensacola, Florida. The authors’ multi-generational perspective reaches readers of all ages. They are proud of receiving the Spirit award. Eckford stated, “This kind of recognition is encouragement. It showcases our efforts to point out that what the ordinary person does can be impactful to someone who is being hurt or harassed.” “Working on this project has been a great source of pride,” said Grace Stanley. “People need to know Ms. Eckford’s contributions to society.”

Another key message of “The Worst First Day” is promoting the importance of kindness. Eckford knows that kindness can make all the difference in the world. She said, “Two white students literally saved my life by being kind to me in class during the last school period of the day.” Despite experiencing backlash from other students, Kenneth Reinhardt and Ann Williams befriended Eckford, and it made all the difference in the world. Eckford is proud to note that the three remain friends to this day.

Kirkus reviews describes “The Worst First Day” as “A powerful recollection of the horrors encountered—and the battles won—in the fight for integration, and an urgent call to oppose today’s social and political oppression.”

The Living Now Spirit Award is the sixth overall international award for “The Worst First Day.” “We are so honored that ‘The Worst First Day’ has received such critical acclaim,” said Dr. Stanley. “Ms. Eckford is one of the few living Civil Rights Icons that we have left. It is important that people know what she and the Little Rock Nine did to help implement the Supreme Court’s Brown v. Board of Education decision of 1954 to diversify America’s schools. Their efforts should be known, recognized and honored.”

The authors travel across the country providing Eckford’s anti-bullying message in presentations to schools, corporations and organizations. They hope to reach the masses with a message of hope and encouragement. “The Worst First Day” was published by Lamp Press LLC, Stanley’s publishing company.

The book is available on Amazon.com at bit.ly/worst1st.

To learn more about “The Worst First Day” or request the authors as speakers, visit www.worstfirstday.com.