Air Liquide announces new investment to reinforce its position in the industrial basin of Tianjin, China 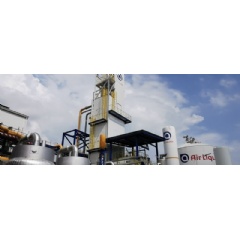 With an oxygen production capacity of more than 2,000 tons per day, this ASU will notably allow Air Liquide to support the growth of the chemical and steel industries in the Tianjin basin, secured by a new long term supply agreement with a major customer.

Air Liquide will build, own and operate this new ASU, which has been designed leveraging the Group’s latest state-of-the-art technology, for a low carbon and energy efficient production of oxygen, nitrogen and argon. This facility will also incorporate a dedicated capacity to support small-and-medium sized customers of liquid and packaged gases, including local hospitals requiring high-purity medical gases. It is planned to be operational in 2022.

Air Liquide China operates seven ASUs in Tianjin, as well as a network of multi-sourced pipelines that deliver oxygen, nitrogen and hydrogen to adjacent customers.

“One of the most important industrial cities in the country and the largest port in Northern China, Tianjin is a key basin for Air Liquide in China. This new investment in the 8th ASU built and operated by Air Liquide in Tianjin since 1995 clearly demonstrates our commitment to the long-term partnership we have built with our customers there. It also shows our confidence in the sustained growth of the Chinese industry towards cleaner, more efficient ways of producing.