FDA Achieves Key Milestone, Finalizes Framework That Will Resume Shellfish Trade with Europe for the First Time in 10 Years 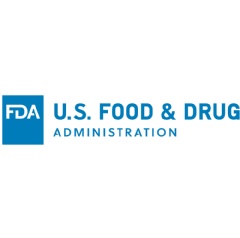 “Today’s announcement is a significant milestone that will resume trade in shellfish between the U.S. and the EU for the first time since 2010. These actions reflect key strategic international engagement and several years of careful review by the FDA on behalf of consumers at home and abroad,” said Anna Abram, FDA Deputy Commissioner for Policy, Legislation and International Affairs. “Today we’re helping unlock economic opportunity by creating a path forward to new market access for U.S. exporters.”

The equivalence determination finalizes the proposed determination that the FDA published in the Federal Register in 2018 and is a result of a multi-year, in-depth review of EU shellfish safety controls implemented in Spain and the Netherlands. Technical experts on both sides of the Atlantic have completed separate equivalence assessments and each side recommended a finding of equivalence after reviewing food safety control measures for molluscan shellfish and on-site audits to verify the other’s systems. The FDA will recognize other EU Member States in the future, as appropriate, in separate determinations.

“Today we’re making a wider selection of healthy and safe seafood options available to the American consumer from Europe,” said Frank Yiannas, FDA Deputy Commissioner for Food Policy and Response. “Americans can be confident in the equivalence determination that Spain and the Netherlands have implemented safety controls that are equivalent to ours, thereby enabling us to allow Spain and the Netherlands to export raw molluscan shellfish to the U.S. The FDA is committed to keeping consumers safe and ensuring the safety of our food supply, and that includes seafood, whether it is imported or harvested domestically.”

In a separate action, the European Commission has also made a food safety equivalence determination that will permit raw and processed molluscan shellfish, including clams, mussels, oysters and scallops, to be imported from the United States, beginning with shellfish from Massachusetts and Washington.

The FDA, an agency within the U.S. Department of Health and Human Services, protects the public health by assuring the safety, effectiveness, and security of human and veterinary drugs, vaccines and other biological products for human use, and medical devices. The agency also is responsible for the safety and security of our nation’s food supply, cosmetics, dietary supplements, products that give off electronic radiation, and for regulating tobacco products.