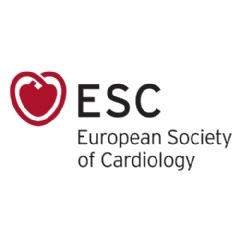 Returning to usual levels of sexual activity within a few months after a heart attack is positively associated with long-term survival. That’s the finding of a study published today in the European Journal of Preventive Cardiology, a journal of the European Society of Cardiology (ESC).1

“Sexuality and sexual activity are markers of wellbeing,” said study author Professor Yariv Gerber of Tel Aviv University, Israel. “Resumption of sexual activity soon after a heart attack may be a part of one’s self-perception as a healthy, functioning, young and energetic person. This may lead to a healthier lifestyle generally.”

“For this and other reasons, some patients (including younger ones) hesitate to resume sexual activity for long periods after a heart attack,” said Professor Gerber.5

This study examined whether resumption of sexual activity shortly after hospitalisation for a first heart attack was associated with survival over more than two decades.

Data were obtained from the Israel Study of First Acute Myocardial Infarction. The study included 495 sexually active patients aged 65 years or under who were hospitalised for a first heart attack in 1992 to 1993. The average age was 53 years and 90% were men.

During a median follow-up of 22 years, 211 (43%) patients died. When comparing the risk of death between the two groups, the investigators accounted for baseline differences in other characteristics which could also predict mortality, such as socioeconomic status, depression, physical activity, obesity, self-rated health, and the severity of the heart attack.

Professor Gerber said that becoming sexually active again shortly after a heart attack may be a marker for better clinical and psychosocial rehabilitation (i.e. better recovery). “Improved physical fitness, stronger spouse relations, and a mental ability to ‘bounce back’ from the initial shock of the event within a few months are among the possible explanations for the survival benefit observed among the maintained/increased group,” he said.

“On the other hand, patients who perceive their health as poor might be less likely to start having sex again,” he added. “They may also be less likely to adhere to cancer screening tests and other prevention practices during follow-up. This may explain the strong inverse association between resumption of sexual activity and cancer mortality that was seen in our study.”

Professor Gerber noted that the low proportion of women and relatively young age of participants may limit the generalisability of the results to females and older individuals. He added that this was an observational study and causation cannot be assumed. “Numerous physical and psychosocial health parameters are required for maintaining regular sexual activity,” he said. “In light of this, the net benefit of sexual activity itself is still a matter of debate.”

Professor Gerber concluded: “These findings should serve to reduce patients’ concerns about returning to their usual level of sexual activity soon after a heart attack.”

Acknowledgment: The Israel Study of First Acute Myocardial Infarction was founded and led by the late Prof. Yaacov Drory, a passionate, creative and dedicated cardiologist and researcher.

Funding: The Stanley Steyer Institute for Cancer Epidemiology and Research, and the Lilian and Marcel Pollak Chair in Biological Anthropology, Sackler Faculty of Medicine, Tel Aviv University, Israel, in part.

For more information see: Sexual counselling for individuals with cardiovascular disease and their partners.

Myocardial Infarction Among Younger Women and Men in the United States and Spain. JAMA Cardiol. 2016;1:754–764.

About the European Society of Cardiology